Back in February 2016, the ‘time to talk’™ team took over most of the building at Bulkington Village and Community Centre to host our annual conference, ‘Language for Living, Love and Learning’. It was fantastic to see a great turnout of champions and managers new and experienced.

Our first guest speaker was Professor David Crystal – linguist, writer, editor, lecturer and broadcaster, who spoke about ‘The Fascinating First Year’ of a child’s life in language. We heard all about how our ears develop before birth and how a child’s cry follows a typical pattern of sounds. We learned about the capabilities of babies to recognise sounds from their own and others’ languages and we heard examples of the unique features of child-directed speech used all over the world. David’s talk was full of information from his experiences as a linguist and left us wanting to hear all about a child’s fascinating second year.

Our second guest speaker was the founder and creative director of Ragdoll Productions, Anne Wood, on the subject ‘Television is not a teacher?’. Anne spoke about how their most iconic television programmes were designed with young children in mind. She showed us how the team at Ragdoll watch children’s attention and responses to sounds and voices in their programmes and how this influences the design. We saw clips of children focusing their attention when they heard the first few notes of the theme tune, and then imitating the actions of the Teletubbies in their own living room. We also saw how children interacted with each other whilst enjoying their favourite programmes.

We held a joint Q&A with David Crystal and Anne Wood where guests asked questions about bilingualism, the role of technology in children’s lives and much more. Again, lots of food for thought. We are grateful to both our speakers for such an educational and entertaining morning.

In the afternoon we heard from Tracey Tidmus from Southam Children’s Centre about ‘chatter matters in the pool’. Tracey has been running these sessions for a few years and showed us how well it works with her families.

We hosted three workshops led by colleagues from within Warwickshire. Dawn Jearum and Jo Vallis from the Early Years Advisory Team ran a session called ‘Image of the Child’ looking at aspirations for children’s futures. 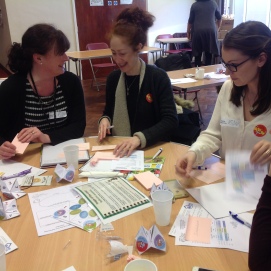 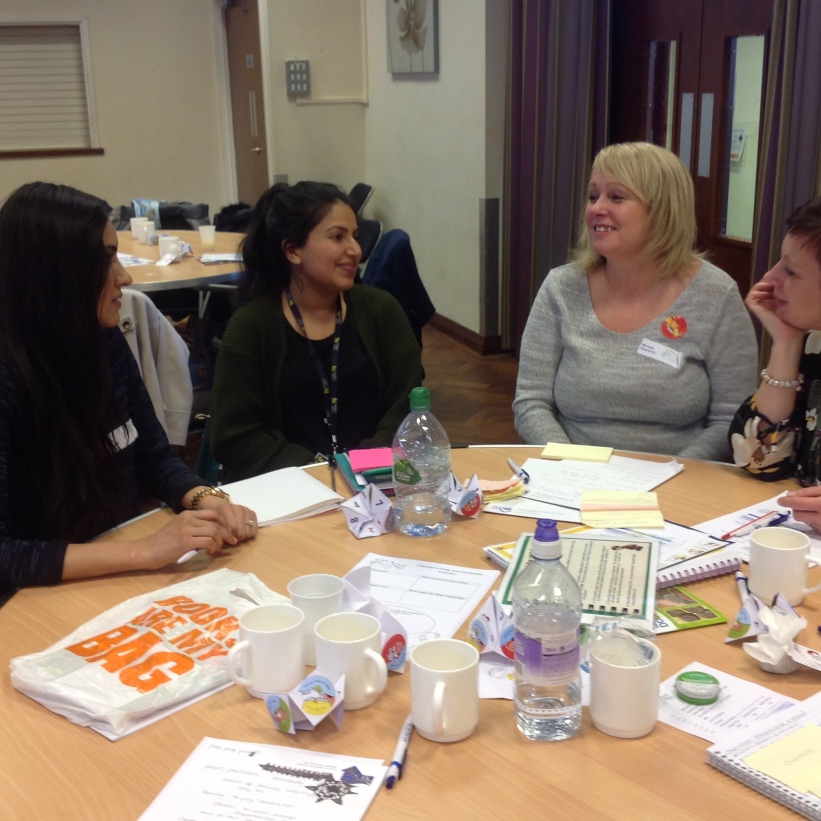 Helen Barboutis from Clopton Children’s Centre ran a session called ‘Trying Something New’ which was all about multi-sensory activities – of the homemade variety! Helen had prepared lots of resources for people to experience. Pictures speak louder than words… 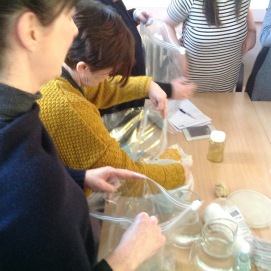 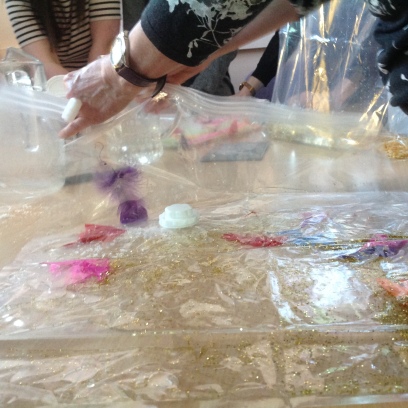 And Louisa Sanders and Carole Ealing from North Warwickshire Children’s Centres ran a workshop about ‘Media Talking Tubs’ where children’s interests in familiar characters are used within the setting for settling, developing communication and language, and even teaching British Values. See Louisa and Carole’s handout here: media-talking-tub-handout. See also The Communication Trust’s Ten point plan for parents – how to use technology as a communication opportunity and I CAN help’s Factsheet – iPad and tablet apps. 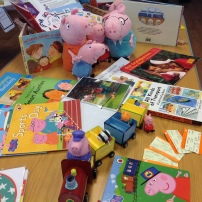 We heard from Bambini Nursery and Bedworth Heath Nursery School about how they implement ‘time to talk’™ in their settings and we heard a parent story several years on from experiencing Speech and Language Therapy with her child.

We ended the day with awards for nominated Speech and Language Champions, a launch of our ‘chatter matters’™ week materials and thanks to all that make ‘time to talk’™ everything that it is! See you next year!